Electric drives are increasing popular in commercial vessels for main propulsion, thrusters and other duties.

This is especially the case after the introduction of the UK’s Type 45, Daring Class destroyers in 2007 which signal the future of warship propulsion worldwide.

However, there are significantly serious issues which need to be addressed resulting from the use of conventional PWM electric drives including cost, physical size, harmonic distortion of the voltage supplies and high dv/dt (i.e. rate of rise of voltage) on the output voltage and associated effects, including common mode voltage due to the hard switching of the voltage by the VFD inverter stages and motors. 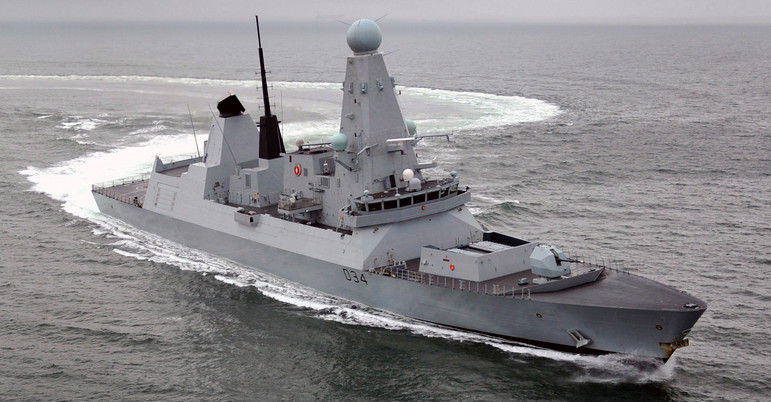 In the mid to late 1990s however, the Royal Navy was very interested in the predecessor to Resonant Link for ‘Project Horizon’, which eventually resulted in the Type 45 destroyers. However, it is believed that for financial reasons the Ministry of Defence (Navy) did not proceed with the technology despite funding a feasibility study (by Dr Rudy Limpaecher and Rolls Royce) regarding the application of resonant technology for main propulsion duties. Instead, the Type 45s were fitted with 2 x 20MW, 4.16kV, 15 phase, multi-level conventional PWM VFDs with 6 pulse SCR rectifier and parallel passive filters. The space requirement for EACH 20MW VFD was 35.2 cu.m. including the passive filter and the output sinus filters.

In 2000-2002, the US Navy then became involved with what is now called Resonant Link technology. Their Office of Naval Research (ONR) funded a 250kW, 480V converter which was subject to strenuous full load and performance testing with synchronous motors, induction motors and in the AC-DC rectification mode. All calculated results were validated by the full power trials. The 250kW resonant PFM converter can be seen below. 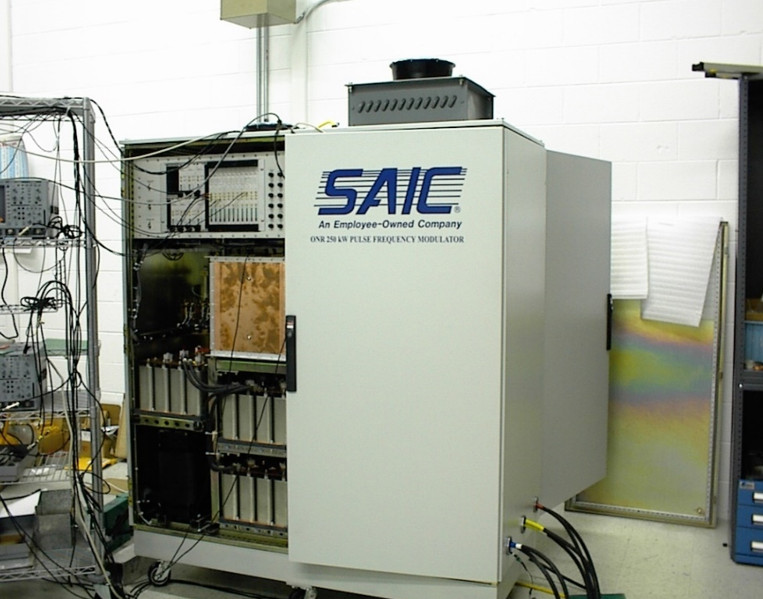 The accomplishments stated in the ONR report included;

The high-power density of Resonant Link technology is also important for naval vessels with regards to complex applications including electric power conditioning, power rerouting and power storage is also attractive to the US and other navies for both AC and DC ring-mains. Any reductions in power conditioning size is especially attractive due to the high space cost ‘behind armour’.

The US Navy have also considered using resonant converters for other duties onboard warships. The concept of using the technology, now called Resonant Link, for combined naval main propulsion and power originated in 2003-2005 in the US (see Fig. 1 below).

As can be observed in the concept diagram, two multi-port 40MW MV, Resonant Link converters supply sinusoidal AC and DC power to the vessel, dependent on the equipment requirements. One port in each resonant converter supplies variable AC voltage/variable frequency to the respective main propulsion motor. Other ports supply the hotel load and electric weapon systems. No information is offered on the latter.

No conventional transformers are required for AC or DC transformation, instead integral, high frequency nanocrystalline types as used which are a fraction of the size and weight of electro-magnetic transformers. On the main propulsion systems, the THDi at the input and output of the 40MW resonant converters is <2%. With a dv/dt of 1000th of that attributable to PWM VFDs, Resonant Link eliminates all problems regarding propulsion motor insulation, common mode voltage and EMC/EMI which are serious concerns with PWM VFDs.

The converters use parallel power modules, designed for redundancy and hot swapping I the event of a fault. Expensive, additional AC and DC short circuit protection is not required as each Resonant Link system has this protection integral to the internal current control system. The soft switching means that the AC and DC short circuit protection is faster and safer than conventional circuit breakers as the current is interrupted at the zero-current level.
The required space required for each 40MW converter is calculate to be < 12-15 cu.m.

The UK Type 45, Daring Class destroyers have been mentioned a number of times in the narrative on naval propulsion as they were the World’s first “electric destroyers”. However, over recent years, much has been acknowledged regarding serious problems with this class of warship, including excessive harmonic voltage distortion and common mode voltages issues, both of which emanates from the operation of the 2 x 20MW of conventional PWM VFD propulsion drives.

Suggested below is an alternative, main propulsion design for the which utilising the existing PWM IGBT inverters but is based on the provision on DC power at 6kVDC to the three inverters per 15 phase main propulsion motor via two Resonant Link AC-DC active transformers. In reality a common DC bus could be provided as an alternative. In this instance however, independent DC power for each propulsion has been suggested.

Each active transformer would be rated around 22-25MVA and would comprise parallel power modules for redundancy with the capability of hot swapping in case of failure of a power module. 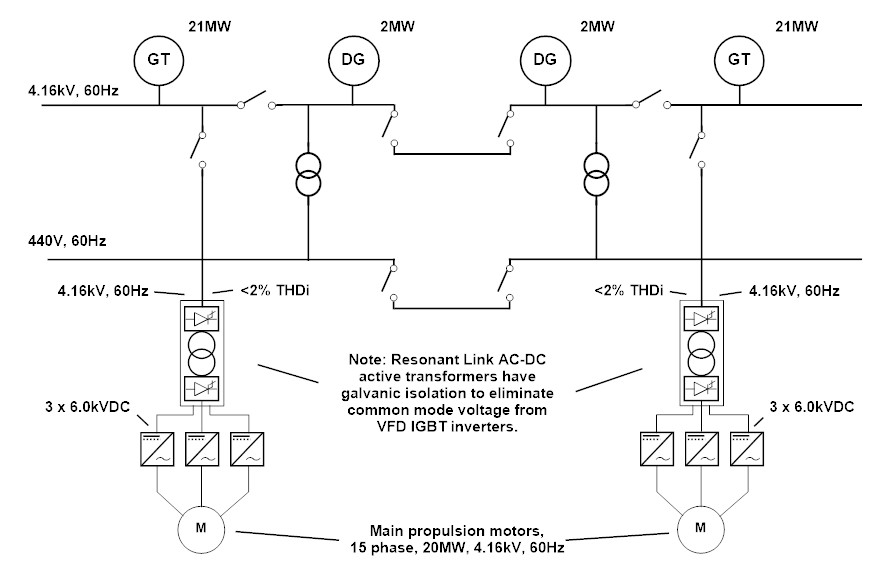 With the design, the harmonic voltage distortion (THDu), would be virtually eliminated due to the <2% THDi on the input of each active transformer. Galvanic isolation via the integral nanocrystalline high frequency transformers (10-12kHz) would eliminate or significantly attenuate the common mode voltage due to the PWM VFD IGBT inverter switching.

The AC-DC active transformers are extremely compact and have inbuilt AC line and DC short circuit protection. This solution would resolve the serious electrical issues (excessive harmonic voltage distortion and common mode voltage) and free up valuable space for other equipment.

Naval and commercial vessels, including cruise ships, could benefit from the type of system proposed above.

Click here to find out more about our technology…
Translate